“When you bring lots and lots of Muslims into a country, violence escalates,”

When did the senator’s father or grandfather emigrate to Australia?

So with this account, Australian natives are allowed to assassinate the dear Senator!

Or, Can American Indians be allowed to assassinate Donald Trump, a lovely creature ?

One immediate consequence was a series of epidemics of European diseases such as measles, smallpox and tuberculosis.

Another consequence of British colonisation was European seizure of land and water resources, with the decimation of kangaroo and other indigenous foodstuffs which continued throughout the 19th and early 20th centuries as rural lands were converted for sheep and cattle grazing. Settlers also participated in the rape and forcible prostitution of Aboriginal women.

There is evidence that massacres of Aboriginal and Torres Strait Islander peoples, which began with arrival of British colonists, continued until the 1930s.

recent research has shown that a minimum of 65,000 Aboriginal peoples may have been killed in Queensland alone. 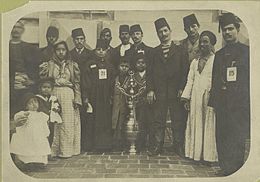 The judement is your’s