Their first leader was Hassan-i Sabbah.

The word hashashin is derived from the word “hashish”.

Hashish in Persian is the name of the marihuana, “cannabis”.

Ismailia raised against Seljuk Empire a Turk Empire in Iran.

They occupied several castles. Their centre was Alamut castle near Qazvin.

At that time, medicinal plants were growing around the castle.

One of these herbs is cannabis or marijuana or grass or weed. 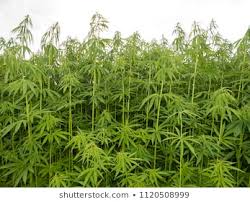 They had collecting medicinal herbs including cannabis for sale.   That’s why they told “hashashin”.

That is, those who collect and sell cannabis.

The westerners pronounced Hashashin as the “assassin”.

Hassan Sabah taught his devotees in the castle.

He sent them to kill his enemies.

They often sacrificed their lives.

In this way, Hassan Sabbah and his successors assassinated many of their enemies.

so their name has become equal to the assassination.

They had cast a huge fear into the hearts of their opponents.

They were killed their goals through deception and secretly.

Many people were killed by them. Including Conrad of Montferrat was attacked and killed by two Hashshashin  at 1192.

It has been said that Hassan Sabbah was prescribing marihuana (cannabis) to his zealot followers (devotees) to prepare them for suicide terror.

He was the grandson of Genghis Khan Mongol.

The Ismailia followers still exist, reaching 15 million. Their current leader is Aga Khan IV. Forbes describes the Aga Khan as one of the world’s ten richest royals with an estimated net worth of US$3 billion. Of course, they are no longer engaged in assassination.

what states have legalized weed?